Changing molds in injection molding machines can be very time-consuming and costly. With quick-release devices and hot runner adapter plates, this problem can be solved and time and money saved. A&E develops these panels on a project-specific basis.

With frequent changes, especially with larger tools, the installation and removal of the tools quickly becomes a not inconsiderable time and cost factor. In order to simplify and shorten the tool change, mechanical, hydraulic and electromagnetic quick-clamping devices are offered by various companies on the market. 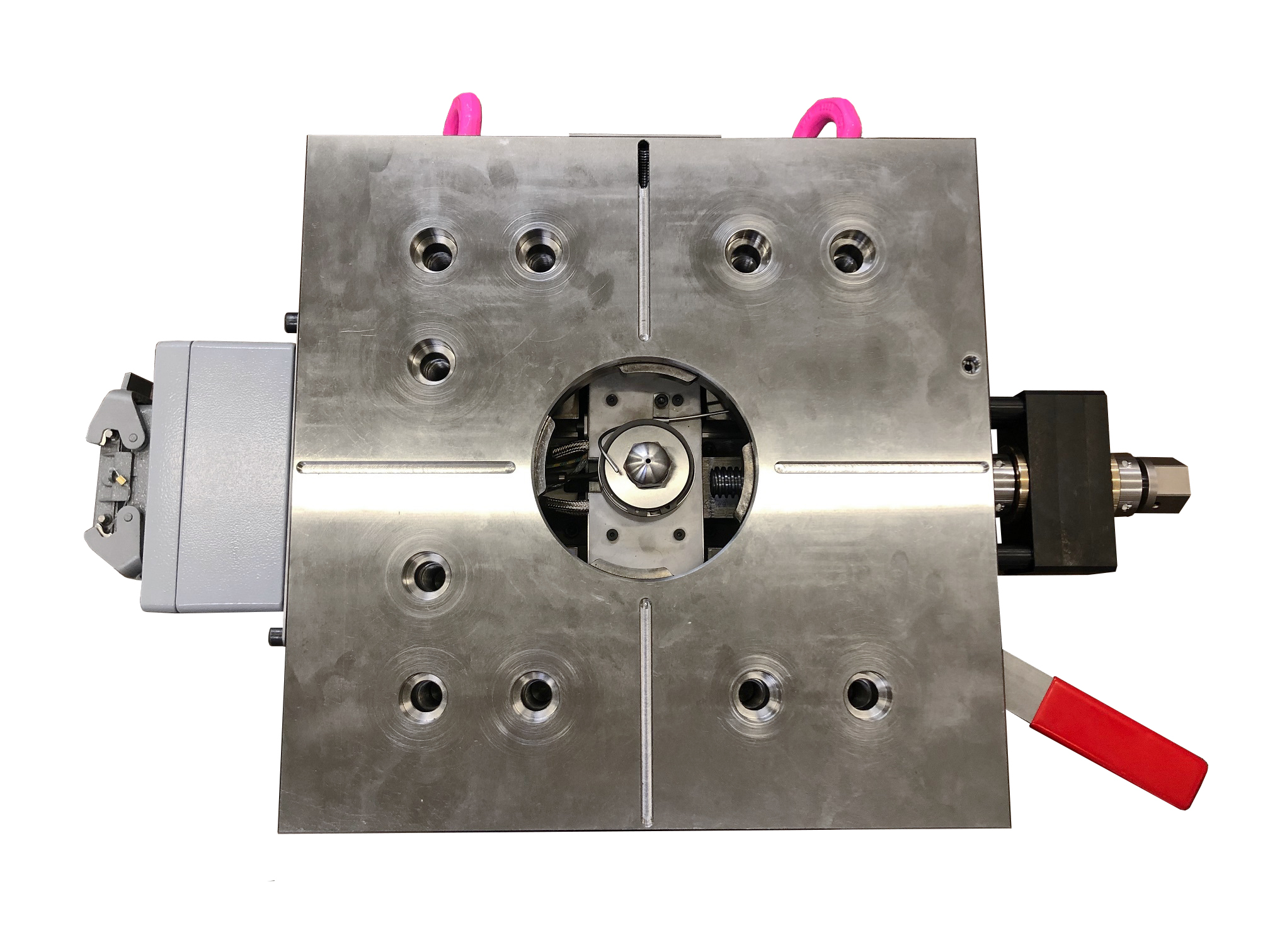 In any case, the quick-clamping devices must ensure that the mold is firmly and thus “immovably” connected to the clamping plates of the injection molding machine and that it remains in place during the opening and closing movements as well as the build-up and reduction of the closing and nozzle contact forces, the ejector , the core pull movements and movements of other tool attachments do not lead to relative movements between the tool halves and the machine plates. 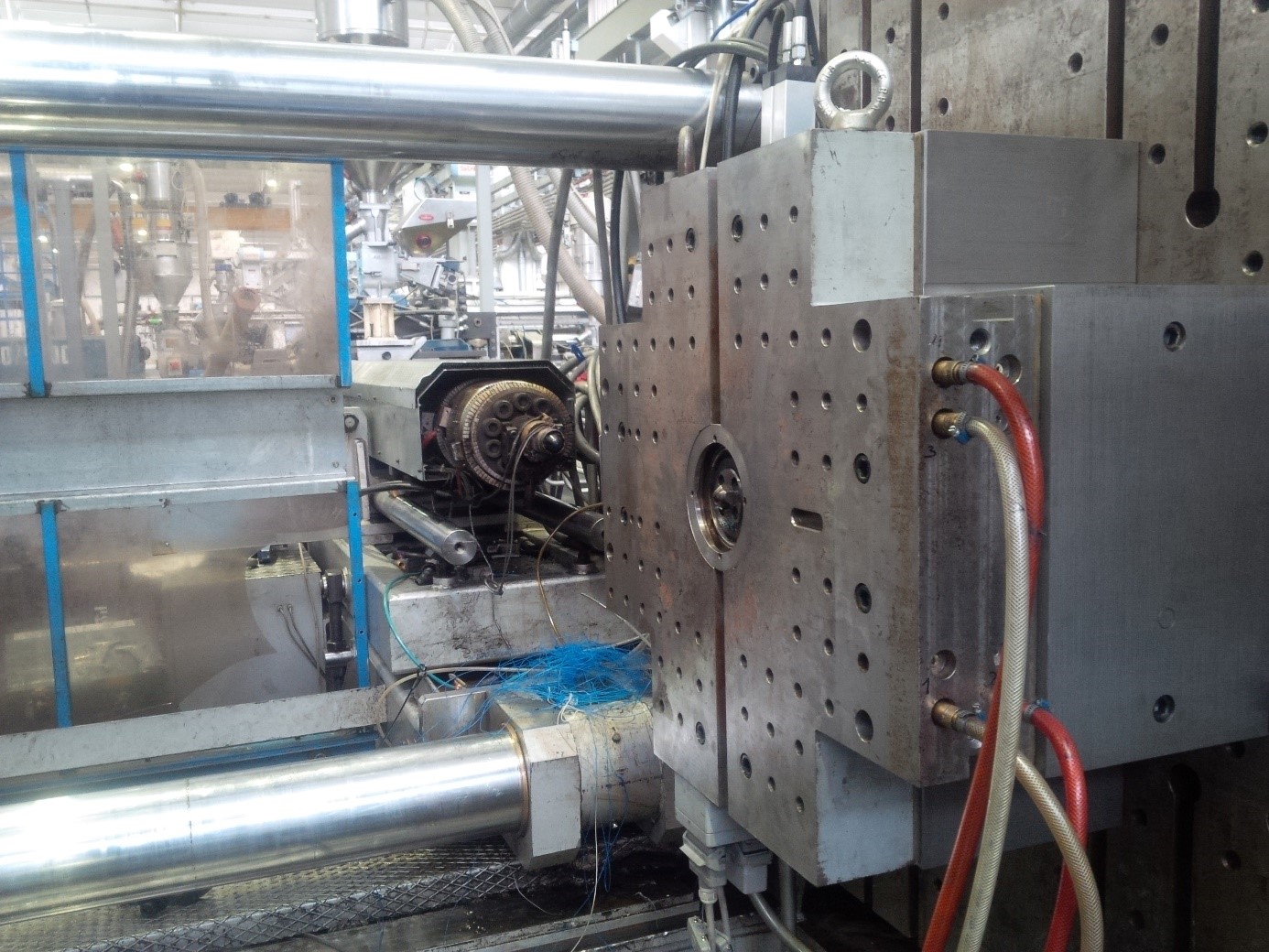 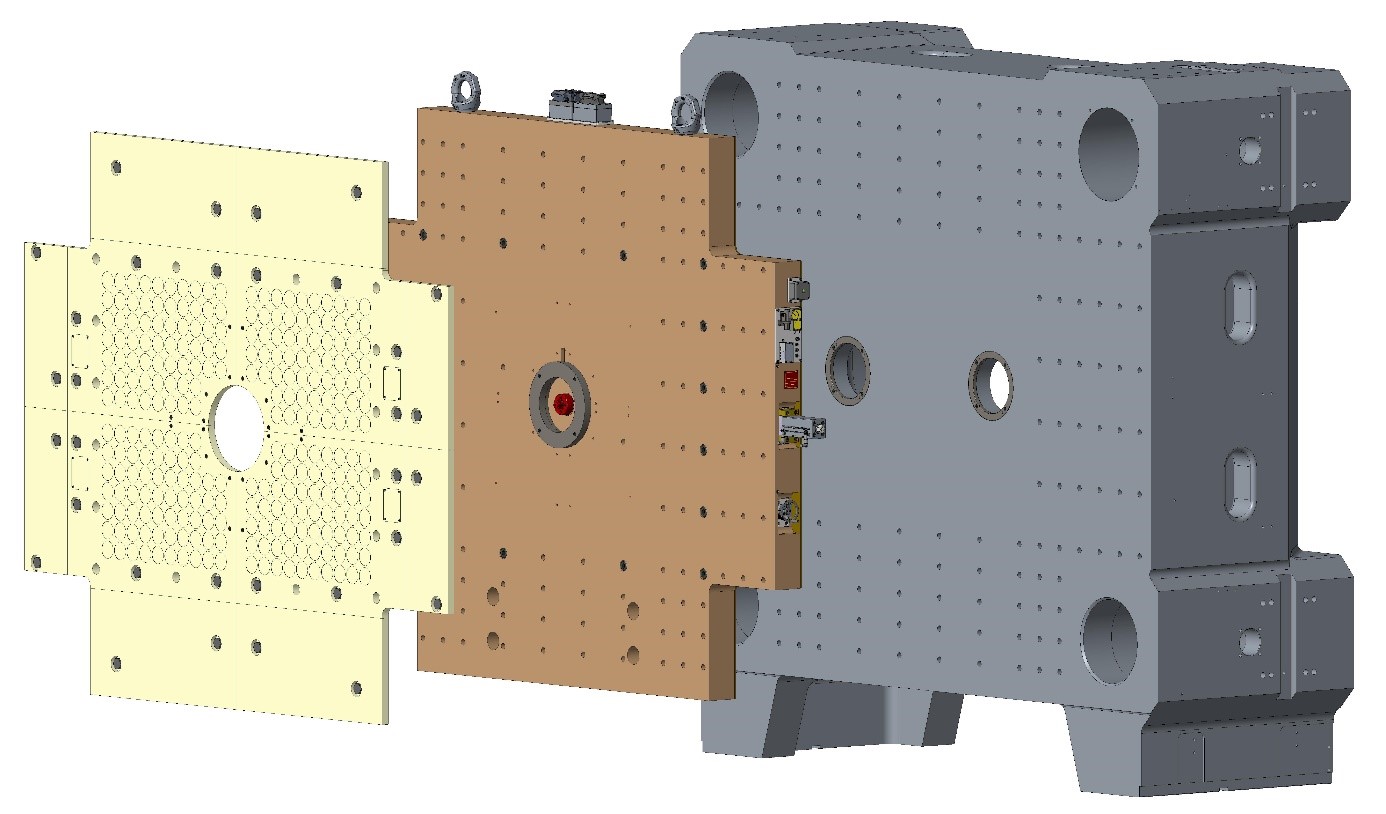 A DEMAG ergotech 100/420-310 injection molding machine with a vertically arranged injection unit was fitted with a hot runner adapter plate, which directs the melt from the nozzle of the vertical injection unit to the center of the machine’s fixed platen, so that injection molds with the sprue bushing arranged centrally on the nozzle side can also be used could be used on this machine. The nozzle pressure force of the hot runner to the mold sprue bushing is applied via a mechanically actuated clamping device. In order to realize quick tool changes, the tool is fastened to the hot runner adapter plate using a mechanical quick-action clamping device. The clamping force is applied via a bayonet catch between the tool and the hot runner adapter plate. When the lever on the side is actuated, the bayonet lock attached to the lever engages in the counterparts attached to the tool centering and the clamping force is applied. The bayonet lock is self-locking, the tool is securely clamped.

In addition to a permanently effective clamping force of the quick-action clamping device or the magnetic clamping plate, it must be ensured that the invisible connection between the mold sprue bushing and the hot runner nozzle always remains free of melt leakage.

A&E Produktionstechnik GmbH offers a pneumatic leakage sensor for this. A small stream of compressed air flows continuously through a capillary located near the nozzle. If melt leakage occurs, the pressure in the capillary increases and the sensor control generates an optical and acoustic warning signal.

The hot runner adapter plates with the quick clamping devices or the magnetic clamping plates have been in production since 2017. 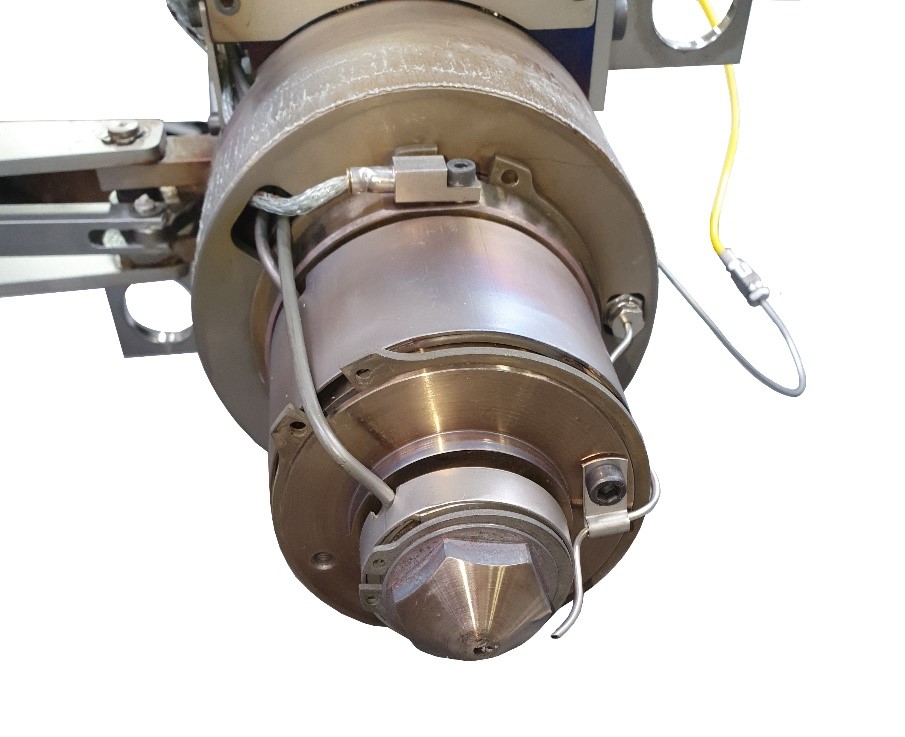